2021 -
Permanent Representative of Iceland designate to the OSCE, IAEA, CTBTO and UNOV, Vienna.

2019 – 2021
Head of Department of Bilateral Relations, Ministry for Foreign Affairs of Iceland, accredited to New Zealand and Slovenia, Department of Home Based Ambassadors. Special Envoy for Gender Equality since 1 January 2018.

1994 – 2006
Political Advisor to the Mayor of the City of Reykjavík, Director of Secretariat of the Mayor and Director of Organizational Development, Services and Information –  during the terms of five Mayors.

before 2006
Journalist, Co-organizer of various conferences and events, Campaign Manager in local and national elections for the Women’s Alliance and Director of Parliamentary Group.

1987
Bachelor of Arts in English and Mass Communication, University of Iceland.

Born on 18 March 1957 in Reykjavík, Iceland, mother of three daughters. 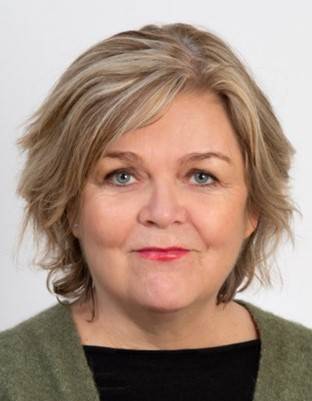